You are in trouble and you know it 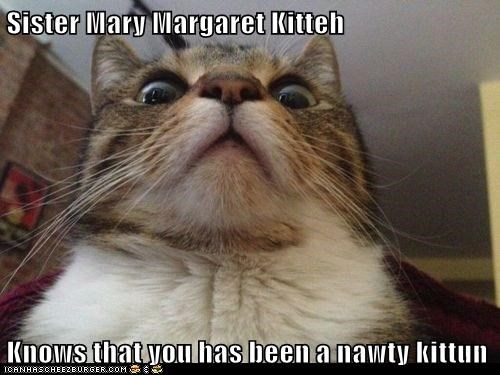 Anyone who has gone to a Catholic school, knows that look!

A Question for the Deficit Scolds

Steve Rattner,  who knows a thing or two about stealing, in his opinion piece in this week’s New York Times exhorts us to   stop stealing from our kids. First of all I don’t agree with the premise of this meme, but let us say I did, that budget deficits equal stealing from future generations,and is inherently selfish and evil. Then, I want to know, where Rattner and the other MSM budget scolds were when Bush was reducing the marginal tax rates and  blowing up the budget surplus left to him by Bill Clinton. I never heard much from the deficit scolds when Bush was squandering the surplus, and piling up the debt. I wouldn’t be too surprised if they were using their media perches to sell us the glory of tax cuts for the wealthy, back then.

We got snow, again! 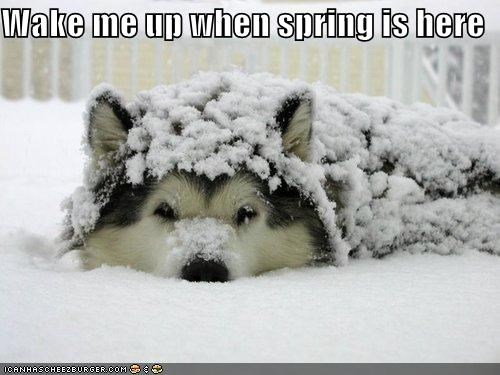 I can  has spring now? Kthx.

Sailing to Philadelphia I

Not exactly, but I did take a train to Philly. I was there for a short trip, just two days and three nights to be exact.  I had a lot of good suggestions about what to do when I got there.  I had driven through Philly once before on the way to Washington DC but had never really spent any time in the city, itself.  Since it was the week before Christmas, the train was crowded but not overly so. The on board Wi-Fi connection was adequate. This was my second trip on Amtrak. I would say that the experience is much better than either flying or driving on  I-95. I have no complaints about Amtrak except for the lack of good options in the dining car. Not much choice, and everything was overpriced.

By the time I reached my hotel there was time only to go to bed. The first day I was there I decided to spend most of the day at Penn Museum of Archaeology.  I was interested in the special exhibition about Maya that they had.  I arrived there early before the museum was open, I decided to eat breakfast at a Potbelly Sandwiches opposite the Penn Medical Center.

The Mayan exhibition was wonderful and informative but it was the Iraqi Special exhibition that I found fascinating. It had artifacts from Ur’s Royal Cemetery. Agatha Christie  wrote the Murder in Mesopotamia, based on her experiences in Ur. She was married to Max Mallowan, one of the archaeologists working on the dig.  In the book, Louise Leidner, was modeled after Katherine Woolley, the wife of the  of Sir Leonard Woolley, the head of Ur expedition, who was also Mallowan’s boss.  Though I can’t say that MIM is among my top Christie favorites. I do have to say that the she creates the atmosphere of an archaeological dig remarkably well. She takes you there, you feel like you are in this dusty, hot place, a bit bored and fascinated by everything around you.

Among the permanent exhibits, the Egyptian exhibit in basement, with a gigantic Sphinx was impressive. Size does matter! The other interesting section was the one on Buddhist Asia. Many of the exhibits were from China. I wonder what the status of Buddhism is in China today and what exactly caused the decline of Buddhism in India. This exhibit also reminded me of the Sackler and Freer Galleries of art in Washington DC.

I did break for lunch at the museum itself  and had ha salmon and cream cheese sandwich with salad and coffee. I especially liked the fact that they let me substitute coffee for the soda in my combo. I wish more places did that. By mid afternoon, my feet were getting tired and I was ready to head back to the hotel.

On day two in Philadelphia, my plan was to visit the Liberty Bell and the Independence Hall where the Declaration of Independence was signed but not before stopping for breakfast at the Reading Terminal Market. (To be continued)

One of the pillars in the Sphinx Exhibit at the Penn Museum.

This year I ended up watching the Oscar broadcast, after a five year break.  I wanted to see the Oscars because I had already seen two of the movies nominated (Lincoln and Argo) for the best picture and want to see at least two more (Les Miserables and Zero Dark Thirty) in theaters and  catch some of the other nominees when they are released on DVD.

Seth McFarlane: was a so-so host. I didn’t find his jokes and opening routine either funny or offensive, it was kind of meh.  May be I am not in the demographic he appeals to. I did not even know who he was when they announced that he would be the host of this year’s Oscars. My verdict, not edgy, borderline tasteless and inappropriate for the occasion and unfunny. Reminded me of the humor of adolescent boys. You know who I think would be a good host, Jerry Seinfeld. I wonder why he hasn’t ever hosted the Oscars or Steven Colbert, that man is a genius.

Clothes:  Well who are we kidding like most of the audience I was mainly watching for all the pretty clothes and the bling. Fusion of art deco and Star Trek seemed to be the theme of many of the dresses.  Also, shorter hair for women and facial hair for men. Bracelets seemed to the most favored accessory. I was also jealous seeing everyone in off shoulder and strapless gowns, while I am still trudging in three layers, long underwear and my parka and LLBean boots. I hear that another snow storm is on its way tomorrow. I can has spring now?

Awards: As for acting awards I had not seen any of the movies save Lincoln, so I can’t judge. I did think that Daniel Day Lewis would add another statuette to his collection and I was right. Ang Lee won for the Life of Pi. The movie does seem a bit orientalist to me from its previews,  like a later day Jungle Book. I thoroughly enjoyed Argo (review coming up shortly) so was happy to see it take the honors for the Best Picture.  Did the Academy ask the  First Lady to co-present the Best Picture award because they expected Lincoln to win?

Michelle Obama:  Her dress was keeping with  theme of art deco meets  Star Trek. I think it would have been so much more fun if she were there in person. The collective explosion you would have heard would be the heads of the right wing pundits exploding simultaneously.

Thank Ceiling Cat it is Friday 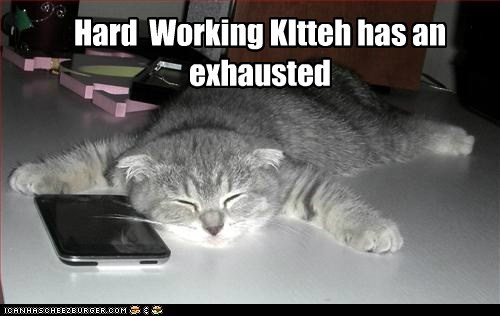 So much fail, in one single line

At bottom, the standoff over cuts pits Democrats’ wish to cushion market outcomes against Republicans’ desire to limit government.

John Harwood in the New York Times  in an article titled, Underlying Budget Impasse Is a Deep Philosophical Divide.

I have rediscovered Queen, over the last year.  I have been going through all their albums,  and even saw a couple of their concerts on DVD.  Besides their lead singer Freddie Mercury, the other Queen band member that I am fascinated by is Brian May. His hair reminds me of Newton’s wig.  He can write soulful numbers like Who wants to live forever and naughty ones like Fat bottomed girls. I don’t know, whether it is because Brian May has a back ground in Astronomy but he does seem to toy with the notion of time in his songs. The fluidity of time, one moment seeming like eternity and time passing at different rates . He plays with the concept of time in ‘39, and again in Who Wants to Live Forever.

‘39 may  be the only popular song about the twin paradox.  In spite of having a background in physics I missed what it was all about until I heard May describe it, in one of the extras of a Live Concert DVD of a Queen performance. Here is the gist. I wonder how many people actually got it.   Poor guy, who hasn’t aged at all because he was on a voyage traveling at a relativistic speed due time dilation while his sweet heart back on earth is dead. Since time passes much more slowly for our space traveler. Scientifically accurate, has space travel  and is romantic, have to say that I love it.

Who wants to Live Forever plays with the same concept but without the  space travel.  A moment can last forever. And eternal life is a curse, if you are destined to be alone. Since everyone, including the love of your life is dead and you are still alive. A predicament similar to the space traveler in ‘39.

Congress promises Austerity in every pot

The sequestration, or across the board budget cuts begin from today. This was a part of the deal the GOP led congress and the Obama administration agreed to, in return for the GOP led Congress raising the debt ceiling.  The debt has ballooned since the Great Recession of 2008-09 as has the unemployment. The capital markets have bounced back but the employment statistics have not.  And yet all we hear  about in the national media is non-stop handwringing about the debt and deficit.  It is like worrying about losing weight while you are bleeding to death. And the indiscriminate cuts of the sequester, which will cut among other things, research budgets for NSF and NIH, is akin to a diet which cuts out nutritious food in order to achieve a quick weight loss. I just wonder how long this madness will continue.