Niall Ferguson has a jealous

Keynes published his General Theory in the 1930s and pioneered the discipline of Macroeconomics.  A hot topic of public policy debates almost a century later.  I doubt any of Ferguson’s work as an apologist for the British Empire and now as a bard of austerity, will be discussed fifty years from now. So I take all his bigoted statements against Keynes with a grain of salt. He is just jealous. 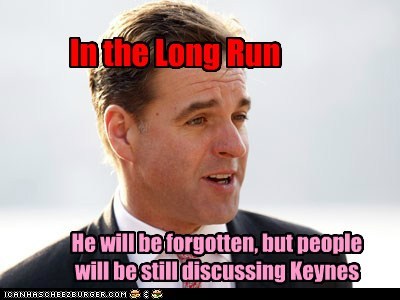 Posted on May 8, 2013, in Economy, Punditubbies say Hello. Bookmark the permalink. 1 Comment.