Sailing to Philadelphia III- Give Me Liberty 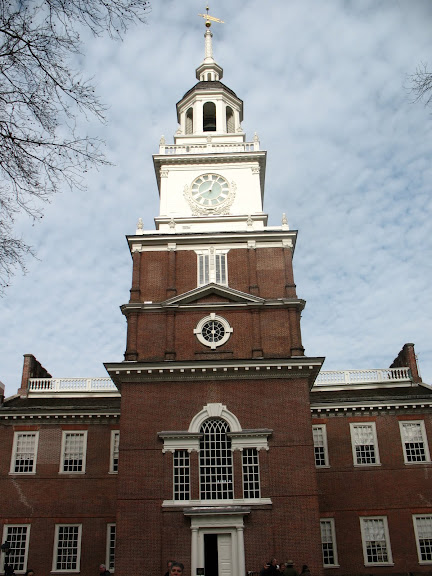 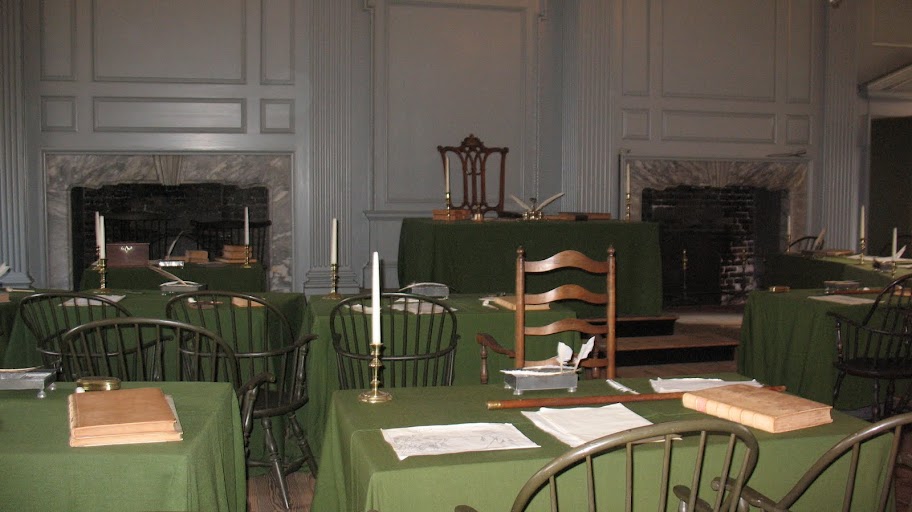 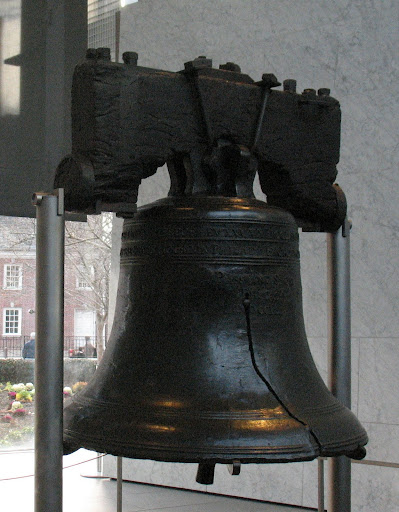 I saved the best for the last.  You can read parts I and II, here  and here.  Visiting the Independence Hall was the highlight of our trip. Best of all since it is a National Park, the admission was free. You do have to get tickets, though.  We bought our tickets and stood in the line to get into the Independence Hall. Despite the fact, that it was a Saturday our wait was pretty short. After going through the security we joined the a group people sitting in a mid sized room.  We were soon joined by a Park Service ranger, who was to be our guide. In his interactive presentation, he tried to get us, his audience in the mindset of the people who had gathered in the Philadelphia State House to sign the Declaration of Independence.  What would one require for a successful revolution, he asked. The answers in no particular order, were reliable means of communication, arms, ammunition, an army  to use the arms and ammunition and money to fund all of the above. To our list he added enlisting help of other governments for the cause.

The Independence Hall which had served as the State House for Pennsylvania was also used as a court house as well as a prison during the Revolutionary War. What struck me was the size of the room where the Declaration was signed. Compared to the magnificent Government buildings in Washington DC, this room seemed so humble, so small. I wonder what the signers would think of the country if they saw it now. Did they imagine that the original thirteen colonies would span the continent from the Atlantic to the Pacific? Their concerns were probably more immediate. Pondering about the consequences of putting a finger in the eye of the powerful British Empire of which they were citizens.  Most were likely thinking of what of Benjamin Franklin put in words so eloquently,

We must all hang together, or assuredly we shall all hang separately.

I asked the ranger the question that had been on my mind all along. Why Philadelphia? His answer, because the other two major cities, namely New York and Boston were under British control. I had no idea that things were that dire for the revolutionaries at the time of signing the Declaration. Must read more history.

We also saw the chambers where Washington resigned after his two terms were over, thus setting the precedent of peaceful transfer of power. After our tour of the Independence Hall, we crossed the road to see the Liberty Bell.  The Bell  has been a symbol of liberty not only to the rebels who took on the British Empire but also to the Abolitionists, the Suffragettes and later the Civil Rights Movement of the 20th century.  I wonder if Bob Dylan’s Chimes of Freedom, is inspired by the Liberty Bell?