← A Tribute to Tunch Kitteh of Balloon Juice
Mercury Rising →

Economist does not understand percentages 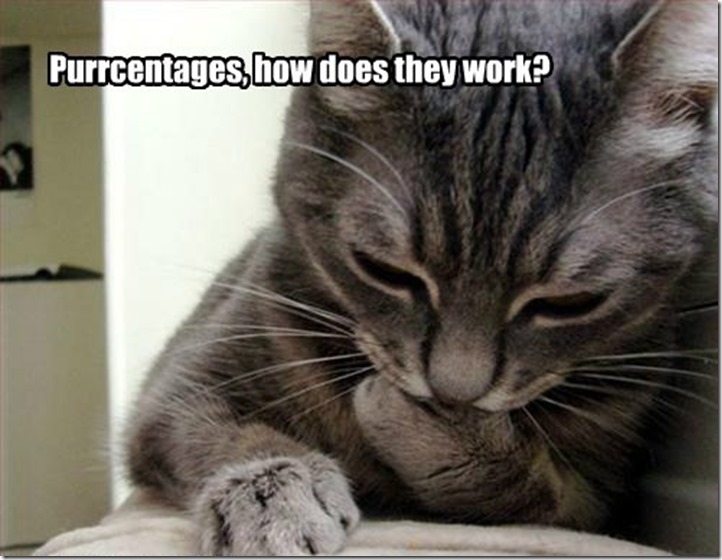 Or if he does, he thinks that his readers are too stupid to understand them.  I am used to reading mathematically illiterate analysis from many economic and finance bloggers and reporters for major media outlets.  But this lack of understanding coming from a tenured economics professor from one of leading state universities is surprising.

Another week, another opinion piece about India and China. In the very first paragraph Professor Bardhan compares the projected growth rates of India, China and some developed countries.  This comparison is disingenuous, for two reasons

1. Telling us how much the GDP of a country will grow, without giving us the last year’s GDP is giving us incomplete information at best and at worst it is painting a false picture.  Comparing percentages make sense when the numbers we want to compare are roughly of the same magnitude. US economy was double the Chinese economy and thirty seven times bigger than the Indian economy, according to the GDP figures of 2012.

Let me illustrate my point by giving you an extremely simple example, if I start a small business, and my earnings were $20,000 in the first quarter and $40,000 in the second, quarterly growth rate of my earnings was 100% , so does that mean that I am doing better than Wal-Mart with a quarterly growth rate of just  10%.  You will tell me that my comparison is meaningless.

2. Even if you argue that comparing GDP across nations is a worthwhile exercise, when India’s economy is smaller than that of Italy, a more relevant statistic would be GDP per person or per capita GDP not just raw GDP. If you compare that statistic, things don’t seem that rosy for either India or China compared to the US.  US is 11th   globally in GDP per capita. China was ranked 86th while India did not even finish in the top 100.

I reiterate my point from my earlier post comparing India and China, this non-stop drum beat of the higher growth rates in India and China are for domestic consumption, to create a climate more favorable to the race to the bottom.  If you don’t pay workers a pittance, shred the safety net and pollute the environment US will lose its preeminent position. A preeminent position, where only the top 1% population see gains while the income for almost everybody else remains flat.

* For GDP data click here and for GDP/capita here.

← A Tribute to Tunch Kitteh of Balloon Juice
Mercury Rising →