← Inside Job, Review
Grumpy Old Party Shuts Down the Government →

The Apologists of the Pravda on the Potomac

Torture apologist and Washington Post columnist Marc Thiessen, is giving GOP lessons on hostage taking.  His advice to the GOP caucus can be summarized in one line.  Hold the country hostage over the debt limit, it will be more effective.  All  this to deny millions health insurance.   Obama won reelection.  The Supreme Court upheld the Affordable Care Act.  John Boehner can end this crisis if he wants to.  Earth to Republicans and their apologists, your party lost, get over it.  Meanwhile, the editorial Board of the Washington Post wants the Democrats to compromise with the hostage takers, because both sides do it, yes really.  Remind me again when the Democrats have held the Debt Ceiling hostage, as the Republicans have now threatened to do? The false equivalence practiced by Washington post is jaw dropping.  Liberal media, indeed.

The Party of Lincoln has sure come a long way 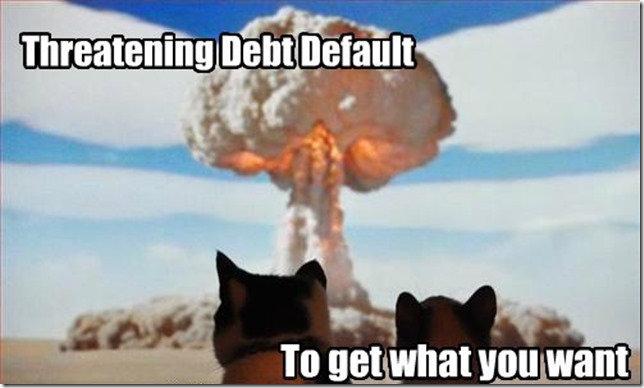 ← Inside Job, Review
Grumpy Old Party Shuts Down the Government →