While traveling in India you quickly realize that there are many layers of history that surround you. This is true whether you are  in a street in Bombay or in the Western Ghats.   Beneath the  glitz of Bollywood, the high rises and the new expressways you can still hear the echoes of the city’s colonial past. Bombay’s rise to prominence is closely associated with the ascendancy of the British in India. Before, it was a nondescript collection of several fishing villages.  The names and architecture of South Bombay bear a witness to this colonial legacy.

Although some prominent  Victorian and Edwardian structures have been renamed, locals still prefer the old names to the new Indian ones.  Also, many  parts of Bombay and many of its revered institutions still sport  the names from the colonial era.  For example, the Grant Road and the Elphinstone Road stations on the suburban Western Railway line, both named after Governors of Bombay, which included the states that are now Maharashtra and Gujarat.  Incidentally, there are educational institutions in Bombay still named after Grant ( Grant Medical College) and Elphinstone (Elphinstone College) respectively.

As an arm chair historian, I think this curious phenomenon can be explained by the fact, that people who lived in Bombay in the years that immediately followed the Indian Independence had mostly worked for the many administrative institutions that ran the  Colonial Government.  The colonial rule was harsh and exploitative in general, for the rest of India but it was beneficial for the city and its inhabitants in many ways big and small.  So it is no surprise that the  average citizen of Bombay recalled the British years with fondness and was in no hurry to obliterate the British legacy.

The name changes of the last eighteen years or so are the consequence of the changing  nature of Indian and especially local  politics,  a topic perhaps of another blog post.

The Museum in Mumbai

Earlier dispatches from India are here

I have been away to Lonavla for the past few days to take a breather from the humidity of Bombay. I just got back this afternoon. The trip was short but wonderful and I have taken tons of pictures. More about it, in my next post.

I took this photo of the Victoria Terminus, now renamed Chatrapati Shivaji Terminus  from the back seat of a cab, this morning.

The exit polls have predicted a clean sweep for the Bharatiya Janata Party (BJP) led alliance and the actual results so far seem to be in agreement.  People are frustrated. Congress led alliance has been in charge of the Central (Federal) Government for the last ten years.  The country is in a mood for change.  People seem to be frustrated with the lack of accountability and the slow pace of change, not to speak of nepotism. The Congress has been dominated by the descendants of one family, the family of the first Prime Minister of India, Jawaharlal Nehru.  His great grandson, Rahul Gandhi and granddaughter-in-law head the party now.  The electorate is  pinning its hopes on Narendra Modi and BJP, the only other credible choice.  Counting the votes has just begun and the results show who is leading right now.

Congress and its allies:  71

BJP and its allies are ahead in all the seats in Mumbai too. It looks like BJP may be able to win a simple majority on its own.

Up to the minute election results here and a brief primer on the Indian elections, here

Update One: If the current results hold, for the first time in thirty years a single party will be able to form a government without the help of any allies.

Update Two:  BJP ally Shiv Sena’s Arvind Savant has won the election for the Bombay South constituency, where I am right now.  This seat was held by the Congress since 2004.

India Trip: Dispatch 2, How Does Your Garden Grow?

Day four of my trip and I am almost feeling like a member of the human race again. It was the first time I actually managed to a get a good night’s sleep since I left home last Wednesday.  Sleep deprivation is too a form of torture, though in my case it was totally self inflicted.

Yesterday evening I went for a walk in the park late in the afternoon.  The cool winds blowing from the Arabian Sea made the humidity tolerable.  Speaking of which this is what my hair looks like right now after spending an hour straightening it with a flat iron.

Under the Shade of the Mango Tree  in the S. K. Patil Garden

The garden seemed much smaller than when I last saw it and parts of the garden were dug up.  A foiled land grab  which has stalled, I was told. It gave me a glimpse into why people here are hungering for a change. It seems that Indian elected officials can only be held accountable at the time of elections. So alternating between two sub-par choices is the only power the people have.

In the age of science what does it take for a person to be superstitious? Myths helped our distant ancestors to make sense of the world so I understand why they exist.  That there are a sizable number of  people in the twenty first century who believe that the earth is six thousand years old or that performing certain rituals brings you good luck and the failure to do the same, hardship, boggles my mind.  Their God seems like a petty tyrant rather than a divine being.  It also seems essential to their world view to coerce others to their point of view.  Their use of religion as a bludgeon to enforce their authority and control, is off-putting to say the least.

Take that back, you superstitious pink ape 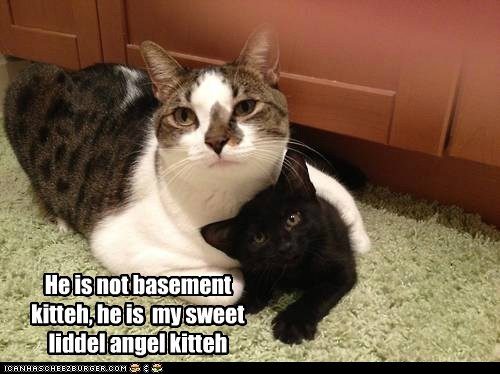 India Trip Dispatch 1: There are Places I Don’t Remember

I am back in India after more than a decade, just landed here this morning.  My mind is still in a fog from the jet lag and the sweltering May weather in Mumbai is not much help.  It is 90 degrees right now but feels like 99 because of the humidity.  The humidity surrounds you like a fog right from the time you step out of the airplane.

My plane landed after midnight  this morning and in my cranky sleepless state it seemed like an eternity before I reached the Immigration counter.  It was huge and staffed with enough people that the waiting times were minimal. It took me less than ten minutes to get my passport stamped.   Quite a change from the pit of hell experience on my earlier trips.  Clearing the Customs was a breeze as well.  Indian bureaucracy’s efficiency has actually improved, will wonders never cease?

Every one loves to complain about the TSA but of all three nationalities I encountered on this trip they were the most courteous and friendly. The Brits were efficient but unsmiling and India gets the prize for the most improved.  The least fun part of the journey was the layover in London.  It was like waiting in a dungeon with spendy shops.  Four hours seem like forty when you have zero sleep.

The drive from the airport to South Bombay was pleasant, unlike the drive to the Logan airport in Boston.  I am sure that it was 2 a.m. in the morning had a lot to do with it. The new Sea Link bridge is impressive.

The other  highlight of my day was a home cooked meal with fresh shrimp, rawas,freshly made chapattis and stir fried cauliflower with cumin and mustard seeds, worth every minute spent in the spendy dungeon says I.

Yoda Kitteh’s Words to Live By

My contribution to Star Wars Day.

Cosmos Episode 6 : What lies Within

Breaking up a system into its tiniest building blocks, is an approach that provides a great insight into whatever you are studying, from the hydrogen atom to the Universe. To figure out the evolution of massive stellar objects one needs to understand its tiniest components, i.e., matter at the atomic and subatomic levels. Episode 6, focused on this idea in general and the elusive neutrino in particular.

In episode 6,  Neil De Grasse Tyson started with the universe contained in a dew drop, he bored deeper and deeper till he reached the  atomic level.  Atoms, are mostly empty space with a dense positively charged nucleus.  The electrons that surround the nucleus are tiny in comparison.  We also learned about forces of electrostatic repulsion and then the nuclear forces which bind the atom together. Nuclear attractive forces have to be much stronger than the repulsive electrostatic forces to keep the positively charged nucleus together. The nucleus also consists of particles with charge zero, the neutrons  which are necessary to keep the like charged protons together in the nucleus.

Now that we know what we are made of,  we also need to know the means through which particles interact with each other.  Most of the macroscopic interactions on our planet are a product of the electromagnetic force which is one of the four fundamental forces of nature, and the one we understand the best

The other fundamental forces are the gravitational force, and the two nuclear forces; the strong force and the weak force.  It’s the weak force that gives rise to aforementioned neutrino.  A mass less and charge less particle that was predicted by Wolfgang Pauli based on energy conservation arguments.  The argument boils down to this: the total mass and energy of any given system is always conserved, no exceptions.

Neutrino, or the little neutral one in Italian is an elusive particle and extremely hard to detect because it does not interact much with anything at all, since it has almost zero rest mass and no charge.  It is a product of nuclear beta decay, a type of radioactive decay*. This makes the neutrino a great candidate to study about the origins of the universe and stellar cores.  De Grasse Tyson took us to the neutrino detection laboratory in Japan.  The secrets of  neutrino astronomy are yet  to be revealed.

The number of  electrons in a neutral atom determines its chemical properties.  The elements are arranged in the periodic table in the ascending order of the number of electrons, their atomic number.  As the atomic number increases we need more neutrons than protons to keep the atomic nucleus together. This works up to a point, addition of neutrons makes the nucleus unstable and we get the phenomena of natural radioactivity.  For example,  Uranium which is naturally radioactive and has no stable isotopes.  Uranium 235, its most abundant naturally occurring isotope has  92 protons and 143 neutrons.