We Don’t Need No Education

Education “reformers” in the MSM have set their sights higher. Their next target, higher education. There were two columns in the NYT in the last week, on this topic. One by a think tank guy, who I had never heard of before and the another one by the Times columnist, Joe Nocera, praising the aforementioned think tank dude, Kevin Carey.

The gist of the both the columns in one sentence; since college has grown too expensive, the solution is  online degrees for the masses. I am sure NYT columnists and their think tank buddies will still go to college, preferably Harvard or Yale or the other Ivies.

Some of the grievances that Nocera brings up seem legitimate,  but both Carey and Nocera are also complaining about the money universities spend on research? Really? Who should we leave the research too? Think tanks?

Over time, the mission that came to matter most within the university culture was research. Great research institutions derived the most status.

Its not that the universities have no problems, but I fail to see how online degrees are going to change anything.  As far as I know, universities charge the  same  per credit hour whether it is online or in person.  If Carey wants to do away with universities altogether.   I wonder what exactly is going to replace a traditional university?

Free online courses won’t revolutionize education until there is a parallel system of free or low-fee credentials, not controlled by traditional colleges, that leads to jobs. Now technological innovators are working on that, too.

Yes that’s exactly what higher education needs, an Uber!  Has Tom Friedman aka Mustache of Understanding weighed in on this? This is my solution.

Your solution to the Rising Cost of Tuition; Only one nip mouse per credit hour 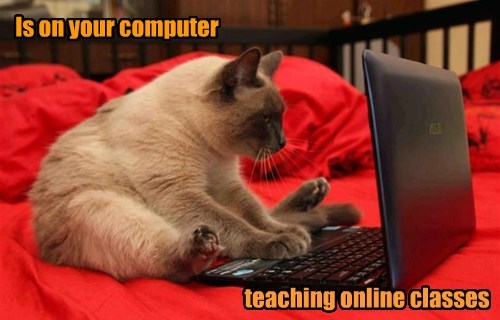