Last year the right wing Bharatiya Janata Party came to power at both the federal level and many states in India,  on the promises of economic development for all.  Amongst their very first actions as the ruling party in several states was taking up the divisive issue of banning cow slaughter in those states. It turns out that the beef bans were not enough to satisfy the hyper pious. Now the governments of Haryana and Mumbai and some of its suburbs (Mira-Bhayandar), ostensibly out of respect to Jains have banned the sale of all meat for the next few days. Jains are currently in the midst of 8-10 day long period of abstinence and fasting  called Paryushan. Jains are a tiny (<1% of India’s population) but prosperous minority in many Indian states including Maharashtra and Haryana.

There have been bans on slaughter of animals in place apparently since 1964 in deference to Paryushan.   However the Jains have been trying to push the envelope by increasing the days of the ban and the activities involving the sale of meat that they want the ban to encompass.  Does the increasing Jain belligerence and their intolerant vegetarian diktats have something to with BJP’s rising electoral fortunes since the late 90s?

On paper, Jainism sounds like a noble religion with tenets like respecting all life no matter how insignificant. However this does not translate to respect and tolerance of fellow humans, especially the ones who may not adhere to strict dietary code that Jains do. Some Jains and other militant vegetarians have discriminated against meat-eaters by refusing to rent or sell housing to them.   Recognizing that these incidents are not isolated but systemic, Bombay’s Municipal corporation passed a resolution in 2014 against discrimination in housing based on dietary habits. Jains have also used their financial muscle to empty grocery store shelves of items they find offensive, which can include anything from eggs to spices. The veggies Nazis in Bombay have been emboldened even more off late as they now have fellow travelers in high political office  in the form of  current BJP chief minister of Maharashtra, the Prime Minister of India and his national party chief.

I have a personal anecdote from my last trip. I could not buy a  tandoori spice mix from a grocery store in South Bombay, that also caters to Jains. The store owner did not sell the same because his Jain clientele objected to its sale. Mind you the spice mix has no meat or meat products, but what offended the holier-than-thou Jains was the picture of the tandoori chicken on the tiny spice box. Dear Jains, no one is asking you to eat meat, but stop being the self appointed food police telling others what to eat in their own homes. 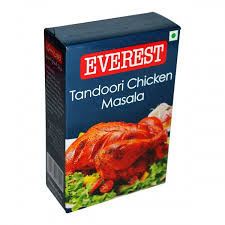 Ultimately  this fight is not about food at all but foisting a very upper caste Gujarati/BJP version of piety on everyone else. They should be careful since this stance can easily backfire, strict vegetarianism of the Jain variety is not the creed of  majority of Indians or even Hindu Indians for that matter.

ETA: Sanity prevails in the end, the High Court stays the meat ban.