Denial of Science is Killing Us

We are in the middle of a global pandemic, a cold virus gone viral. The death toll due to Covid-19 is rising everyday.  May isn’t even over and we have already crossed  100,000 deaths in the United States alone. 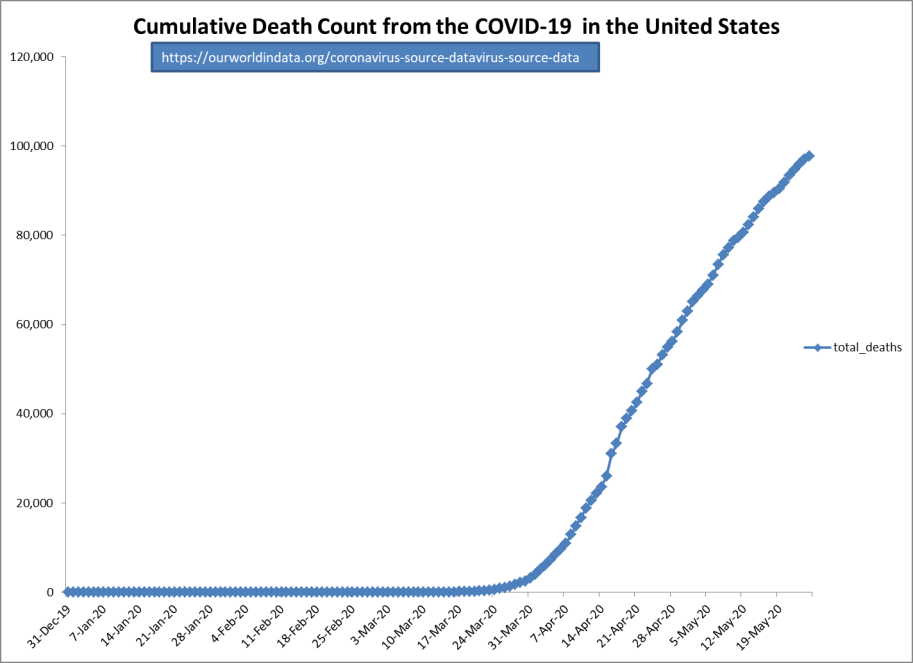 The virus has bought the whole world to it knees. Almost no one alive today has seen an epidemic on this scale. So paranoia is running amok even among people who should know better. The closest parallel is the Spanish Flu that swept the globe almost a hundred years ago. First it was China and then it was Italy and now we are at the eye of this storm. So far our response has been anything but surefooted. States are scrambling to get medical supplies while the federal response has been halting and inadequate to combat the scale of the unfolding disaster. A microscopic virus invisible to the naked eye has brought the behemoth of the global economy to a complete standstill.

But was this inevitable? The federal response to the pandemic has been guided more by wishful thinking and posturing than by hard scientific data. What explains all the missteps and the fits and starts to combat this pandemic?  At the heart of this unfolding tragedy is the scientific and numerical illiteracy that plagues our society, from ordinary citizens to the President. Climate change deniers, anti-vaxxers and people who believe that the earth is flat have been proliferating  for sometime now. Some of them have ascended to the highest positions of power. Isaac Asimov said it better than I ever could in his 1980 essay.

The strain of anti-intellectualism has been a constant thread winding its way through our political and cultural life, nurtured by the false notion that democracy means that my ignorance is just as good as your knowledge.- Isaac Asimov

This cult of ignorance is proving costly to our health as the death toll keeps rising due to the COVID-19 pandemic. Infectious diseases experts have been warning about a pandemic at the scale of the 1918 flu pandemic for a while now. The President and his team had been warned by experts as far back as January that a catastrophe was looming. They knew yet they did nothing. They disregarded the scientific consensus about the virus just like they have disregarded the scientific consensus about climate change.

One look at the graph of the exponential spread of infection should have scared anyone. Unfortunately for us some one didn’t pay attention in their high school math class or their intelligence briefings for that matter.

People who disregard science forget one thing, you don’t have to believe in science for it to be true. The laws of nature work whether or not you believe in them. The earth’s gravitational acceleration is g =9.8 m/s2  even if you think that the earth is flat. Viruses can infect you even if you are an anti-vaxxer. But ignorance of science and math is not without consequence. People who promote falsehoods that vaccines cause autism are bringing back infectious diseases like measles which were considered eradicated. They also vote into office elected officials who deny climate change and twiddle their thumbs as a virulent virus ravages the nation. They gut budgets that fund our research infrastructure from the CDC to the NIH and NSF. They want to gut CDC funding during a pandemic. The research budgets which were trimmed because of sequestration (across the board funding cuts to the funding of government agencies to  enforce fiscal discipline enacted in 2012) never bounced back when the economy did. Gutting research funding while cutting taxes for the wealthy and corporations is like burning seed corn to have a party right now.

Everyone wants a vaccine for COVID-19 in a hurry now but scientific expertise and research excellence don’t happen in a day or even a year. There is no just-in-time research. It has to be funded generously and in a consistent manner so that people are willing to dedicate their lives to careers in science which for the most part is hard lonely work with little glory. And who else but the government can do this when the rewards, if they exist, are distant?

Investment in science  and math is essential for our very survival. This includes support for science and math education, K-12 and beyond and  robust federal funding for both pure and applied research. I hope that this pandemic has taught us that ignorance of science comes at a steep price, the price tag is 100,000 dead Americans and counting.