Health Site’s Woes Could Dissuade Vital Enrollee: The Young and the Healthy

Yes, because the young cannot fall sick or be in an accident, they don’t need insurance.   Most people, young or old are glad to have access to health insurance for their peace of mind, even if they are currently healthy.   How many of these hypothetical invincibles really exist, who would rather go without insurance instead of enrolling using a phone or try again if their first attempt to enroll online was unsuccessful, I wonder.   I have to yet meet one in real life.

Meanwhile far from the cossetted environs of the Beltway media,  the under insured and the uninsured are happy to have access to affordable health insurance, glitchy website and all. 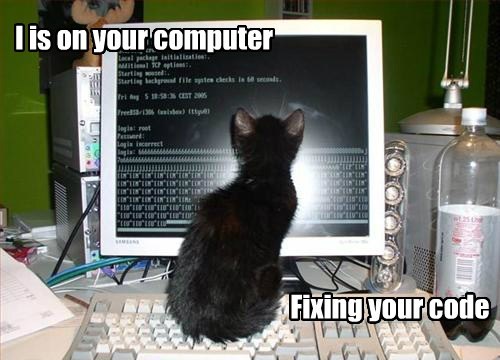 The Health Care Marketplace is in good paws now, in the interim if you are looking for someone to blame, Gail Collins has some suggestions.

We are all IT Experts Now 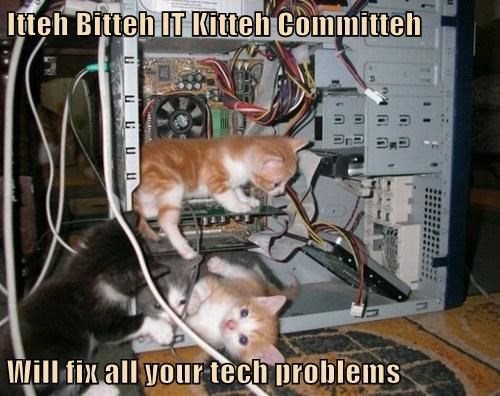 Day Elebenty of the media complaining about the glitches in the health care market place website like it is the worst thing in the universe.  Have these  professional complainers never  ever encountered a difficult to use enterprise system either at school or work or ever dealt with the dreaded  BSOD .  It is pretty obvious that most of these special snowflakes have never written Hello World, level code  but they are all IT experts now.  Starting a war on false pretenses, that’s no big deal, but a glitchy website, and they act all panic stricken. Wonder what will send them to the fainting couches next? 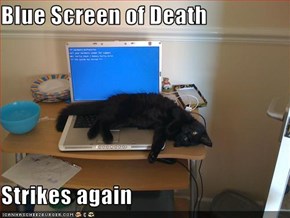 Robert Samuelson of the Washington Post wants to repeal the internet, yes really.  According to Samuelson, the internet is a magical being full of wonderful attributes like YouTube but it is also dangerous, because cyber war. Cue the scary music.He also asserts without any evidence, in  typical Pundit fashion,  that the benefits provided by the internet are modest compared to the dangers.  Mr. Samuelson,  who henceforth I shall call Mustache of Concern or MoC,  seems to be confusing the internet with the world wide web.  There is more to the internet than YouTube and Facebook.

Would the loss of e-mail, Facebook or Wikipedia inflict fundamental change? Now imagine life without some earlier breakthroughs: electricity, cars, antibiotics. Life would be radically different. The Internet’s virtues are overstated, its vices understated. It’s a mixed blessing — and the mix may be moving against us.

There is more to the world wide web, than social networking and sharing videos.  There is more to the internet than the worldwide web. Perhaps, MoC should read about the history of the internet, before he goes on his fact free paranoid ramblings.    For one, it makes collaboration between groups separated by geography, possible.   Internet and the worldwide web disseminate knowledge, knowledge is empowering. The power of an idea can change the world.  I can write my opinions and have an audience, may be not one as big as Samuelson’s but an audience nevertheless.   Without the internet, that would have been much harder.  I would liken the internet and the world wide web to the invention of the printing press.  It takes away the monopoly that Samuelson and his ilk have over the distribution of ideas and that is what makes it powerful and threatening to the likes of MoC.  It was exactly this monopoly over the dissemination of knowledge, that kept the original Pundits at the top of the caste hierarchy.

To address his point about cyber warfare, any technology from the steam engine to nuclear fission is a two edged sword, can be used for good or evil.   Does that mean we should turn back the clock and go live in caves, without using dangerous technologies such as creating fires?

Update: Yesterday, Dr Kitteh made it to the first page of ICHC/lolcats.

Update II: Dr Kitteh is on a roll, he has been promoted to the first page ICHC

The Times, they are a-changing, Software and Information Technology, 2003-2013

By 2003,  the dot com boom had turned to a bust.  Although, Y2K had come and gone without any major catastrophe, there was a general wariness in the air.  Apple had launched its first I-Pod and was on the way to making a comeback, while Microsoft with its operating system and the Office Suite software was dominant in the software arena.  Dell was selling PCs by the boat load and  My Space had just been launched.  Google had not gone public  yet and Nokia was the coveted cellphone brand.

Fast forward to 2013,  Apple is a huge success story and everyone either has an I-phone or wants one. Microsoft is still huge but  clearly not as dominant as it once was.  Google has gone from an upstart to a behemoth industry leader.  I have not seen anyone with a Nokia phone in many years.  Dell has gone private while Facebook has left MySpace in dust.

I am going to do a series of a blog posts on these changes over the past decade, starting with Microsoft.  I will also look at Google and Apple,   and the rise of social media and cellphones that can do everything, but walk your dog.  I will also look at evolution of the internet and the worldwide web, the open source movement and peer to peer networking. I may include other topics, that I discover along the way and have left out of the list right now.

If you have any suggestions, please leave them in the comments.

Posted in IT, Software