The Dark Lord is Back

He has arisen from his crypt to blame President Obama by penning an op-ed full of lies and ugly insinuations with his equally evil spawn in the Wall Street Journal.  The latest news from Iraq has brought the war mongering neo-cons out of the woodwork and they are furiously penning op-eds and making rounds of shouty TV,  laying the blame for the current mess in Iraq at the feet of President Obama. Like before, their flunkies in the media are giving them an able assist.

Everything Dick Cheney, Don Rumsfeld and others in the Bush administration have said about Iraq has been based on a tissue of lies. They roughed up Iraq, killing untold hundreds of thousands of Iraqis, just because they could, at a great cost in terms of both lives and treasure.  I also remember the relentless demonizing of anyone who did not fall in line about the plan for the invasion of Iraq.  Anyone who did not support George W. Bush 100% was labeled a traitor, remember Dixie chicks?  Now Dick and daughter are insinuating that the sitting President of the United States is a traitor. As Betty Cracker so eloquently wrote in Balloon Juice this morning, Irony is Dead. Off the top of my head, a list things that Cheney and company were wrong about regarding Iraq:

What were are seeing in Iraq  now is direct result of the botched invasion in 2003.   History did not begin when Obama was elected for the first time.  Given their track record President Obama should do the exact opposite of whatever Cheney and company suggest. They were wrong then and they are wrong now.  As for the media, no matter what he does, it is always the President’s fault. So whatever they say deserves to be ignored as well. 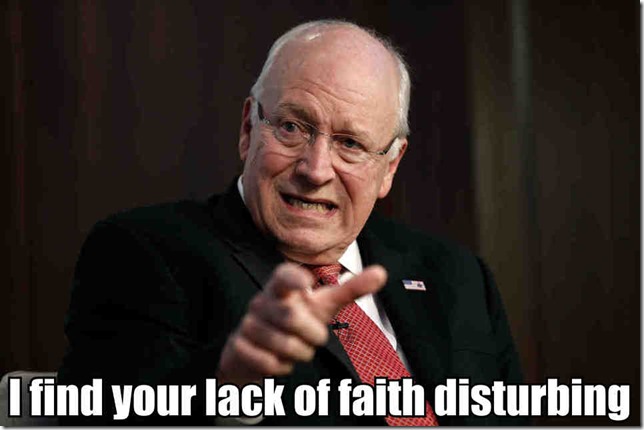