The Shock will take some time to wear off 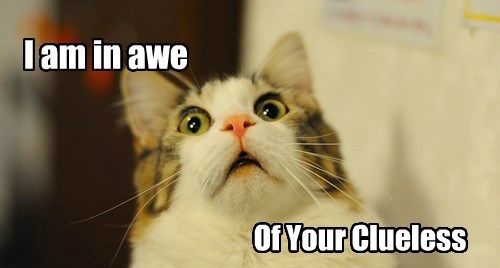 The neocons are back at it again, baying for another war in the Middle East. John Bolton, the man with the ridiculous mustache and even more ridiculous ideas wants to start a war to end war. Hmmm, I wonder where I have heard that one before.

Since their last project turned out so well, they want to go even bigger this time.  All this hysteria about Iran reminds of the buildup to the other neocon pet project, Iraq. We know how that turned out. I am rendered speechless by the temerity of the cheer leaders of the Iraq war calling the President  naïve.  These are the same people  who made pie-in-the-sky predictions about Iraq a mere decade ago, and are responsible for the needless death and destruction.

I have a suggestion for John Bolton and the Iraq fail brigade in the media and think tanks, if you want to talk about war: enlist first, talk later.

This week’s MSM outrage was about Obama’s comment regarding strategy or the lack thereof with respect to ISIS.  Echoing his catty colleague in making frivolous criticisms of the President, Frank Bruni of the New York Times wants the President to not be frank when it comes to foreign policy but mouth platitudes like the younger Bush did and may be start a war or two in the Middle East.

There’s what you reckon with privately and what you utter publicly.

There are discussions suitable for a lecture hall and those that befit the bully pulpit.

These sets overlap but aren’t the same. Has President Obama lost sight of that?

It’s a question fairly asked after his statement last week that “we don’t have a strategy yet” for dealing with Islamic extremists in Syria. Not having a strategy, at least a fixed, definitive one, is understandable. The options aren’t great, the answers aren’t easy and the stakes are enormous.

But announcing as much? It’s hard to see any percentage in that. It gives no comfort to Americans. It puts no fear in our enemies.

At this moment, Iraq is in much worse shape than it was when Saddam was alive and was holding  the lid shut to the Pandora’s box of strife that Bush’s Mesopotamian misadventure pried open. The rise of ISIS is the direct result of what has happened in Iraq since 2002-03. I am no middle-east expert but wouldn’t crippling ISIS in Syria strengthen Bashar Al-Assad? Not so long ago, didn’t Senator McWar and sidekick Lindsay Graham want to arm the Syrian rebels, which I guess would have been ISIS? Even someone with the most rudimentary knowledge of the events of the past decade can conclude that current crisis is complicated and neither Obama nor anyone else can wave a magic wand and make it all go away.

One of the NYT readers commenting on Bruni’s opinion piece said it better than I can,

I find the President’s candor rather refreshing and astute. I don’t need to hear bluster. I ‘m tired of politicians pretending to have bumper-sticker answers for everything. Obama puts things in perspective. He’s very wise that way. Past Presidents have all too often become reactionary in their attempts to be decisive. I prefer the Obama way, thank you very much.

Is it too much to ask that someone who writes for the opinion pages of the New York Times have a better handle on current events than their average reader? Instead Bruni and most of the chattering class  are like toddlers who want the President to act tough and make all the monsters disappear, while he tucks them in and gives them a binky to suck on.  I on the other hand am glad to have a President who treats me like an adult and is deliberate and cautious before he commits troops  unlike the  cheerleaders in the media who have learnt nothing from the Iraq misadventure. The Bush administration could not have sold the war of choice  without their complicity.  Yet,  I haven’t seen a talking head or an opinion writer even acknowledge that the rise of ISIS is directly related to the war they so enthusiastically supported. 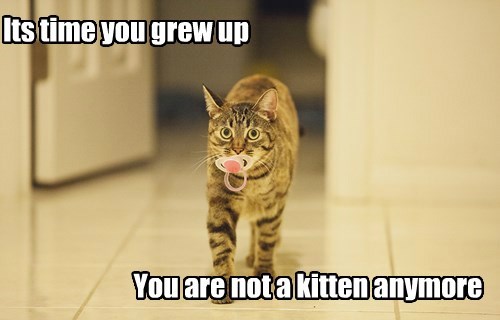 Note: By the media I mean the Beltway opinion writers and analysts, not the reporters on the ground who risk their lives to bring us the story.

The Dark Lord is Back

He has arisen from his crypt to blame President Obama by penning an op-ed full of lies and ugly insinuations with his equally evil spawn in the Wall Street Journal.  The latest news from Iraq has brought the war mongering neo-cons out of the woodwork and they are furiously penning op-eds and making rounds of shouty TV,  laying the blame for the current mess in Iraq at the feet of President Obama. Like before, their flunkies in the media are giving them an able assist.

Everything Dick Cheney, Don Rumsfeld and others in the Bush administration have said about Iraq has been based on a tissue of lies. They roughed up Iraq, killing untold hundreds of thousands of Iraqis, just because they could, at a great cost in terms of both lives and treasure.  I also remember the relentless demonizing of anyone who did not fall in line about the plan for the invasion of Iraq.  Anyone who did not support George W. Bush 100% was labeled a traitor, remember Dixie chicks?  Now Dick and daughter are insinuating that the sitting President of the United States is a traitor. As Betty Cracker so eloquently wrote in Balloon Juice this morning, Irony is Dead. Off the top of my head, a list things that Cheney and company were wrong about regarding Iraq:

What were are seeing in Iraq  now is direct result of the botched invasion in 2003.   History did not begin when Obama was elected for the first time.  Given their track record President Obama should do the exact opposite of whatever Cheney and company suggest. They were wrong then and they are wrong now.  As for the media, no matter what he does, it is always the President’s fault. So whatever they say deserves to be ignored as well.

Iraq Is in the Headlines Again

From the New York Times,

Fears About Iraq Continue to Push Up Oil Prices