Avoiding the Next Financial Crisis

In the Sunday NYT Alan S. Blinder, writes about a  10-step recovery  from the financial collapse. He outlines the ten steps, which he calls commandments.
I have no issue with the commandments as such and I even agree with his main point that  people are forgetting  the lessons of the financial crisis.  What is unclear  who  exactly are these commandments for?  Is it the banks  or is it the government regulators or is it investors or tax payers or consumers? For any and all of his commandments to be obeyed we need a tougher regulatory regime than the one currently in place.

There are two things we need to prevent a replay of the 2008-09 crisis. First and foremost is  regulation with teeth. Self regulating markets,  especially capital markets are a myth.  Consumers and tax-payers need to be protected from the “innovations” in finance.  The rest of the economy is still hobbling back, but the banks and financial institutions which were responsible for the collapse have made out like bandits.   We need to regulate banks and bank like institutions, because failing banks, especially large ones, have the potential to crash the entire economy.  For starters,

Secondly we need  an  overhaul of conventional wisdom in finance in particular and economics in general. We need to understand what we seek to change. Current theories are inadequate to the task, more on that later.

Well, the rest of her is generously proportioned too. Big orange kitteh has a placid demeanor and a zen like cattitude.  She is the sweetest kitteh in the world and does not have a mean bone in her body. She is vocal and demands lots of attention.  She is not much of a lap cat, but loves to sit next you and will tail you wherever you go. She is especially attentive, when I am sick, then she will come and lie next to me when I am in bed.  She is not much for human food. Although, she too loves shrimp.  Loves to scratch pine furniture, gooshie food, catnip bouncy mice, hates being bossed by Boss Tweed.

Yogi, also known as Boss Tweed. He is  a ruler of everything he surveys. He is beautiful and imperious and also quite a lover boy.  He loves to sleep draped over my shoulder every night so that his paws rest on my shoulder and his head is nestled between my face and neck. It is like having a  purring furry scarf around your neck, great in the winter but not so great in the summer.  He is a climber, loves to perch on top of tall bookcases and kitchen cabinets and keep a watchful eye over all the proceedings. He loves catnip, wheat grass, shrimp, raw beef and non-fat yogurt.  He does not like vacuum cleaners and trips to the vet.  Will sing for fresh fish.

She was only twenty three, and she is dead now, for no fault of her own.    She won’t  have a career, be married, be ever sad or happy again.  She is gone but not forgotten.  I refuse  to call her Damini or Braveheart or Nirbhaya (Fearless), or any of the other other names seeking to deify her and cloak her in the mantle of a righteous hero. She was a perfectly ordinary, every woman, an Indian Jane Doe, who was nevertheless robbed of her life, her only fault, being a woman. She was just trying to get home from the movies. She was not  in a war zone, unless India has declared a war against all its women. Yet she was brutally raped, battered and beaten and left to die.  The many faces of the women protesting, seemed to be saying, there but for the grace of God go I.

There is plenty of blame to go around.  The perpetrators who did this should be punished to the fullest extent of the law.  The politicians in charge of Delhi, are to blame too, as are the police.  The dismal rate of conviction for rape, and the medieval procedures for criminal investigation of sexual assaults, is enough to let you know, that the law such as it exists is no deterrent.

We don’t  know her name yet and  her funeral was very hush-hush. Her departure to the Singapore hospital where she died  is another head scratcher. Why all the secrecy, why are powers that be, behaving like it was this woman who had something to hide,  as if she had done something wrong.   The administration’s response both at the state and the central level has been ham handed and tone-deaf at best  and the response of the opposition not much better.   The leader of the opposition,  Sushma Swaraj called her a living corpse, stigmatizing her, when she was still alive and fighting for her life.

Movie stars are expressing their outrage and that’s very nice, but the movie industry both Hindi and regional is to blame for peddling the most tired tropes about women and sexual assault, so save me all the fake piety and tears. Indian movies regularly depict  sexual assault for titillation and a nauseatingly familiar trope is having the woman (usually the hero’s sister or sweetheart) who has been assaulted, commit suicide.  This then becomes a vehicle for the hero to launch into a righteous rage and avenge her death. Stop portraying death as the only viable alternative for a woman who has been sexually assaulted.   The Indian media has not covered itself in glory either in reporting this incident or others like it. For starters, she was a woman, not a girl and please stop with the cutesy names for her.

While it is tempting to blame the changing mores or economics for the recent spate of  violence against women in India, it is hard to overlook the disrespect  for women in India’s cultural DNA.   For example, consider how Sita  was treated in Ramayana,  one of  the two great Sanskrit epics.  Her husband, the supposed ideal  Indian man,  abandoned her when she was pregnant with his twins. She was blamed for her abduction by Ravana and even a trial by fire was not enough to prove her innocence.  She was  discarded like yesterday’s trash, even being a queen could not save her. The fate of Indian women today is not much different than Sita, if anything it is worse.   Sita’s daughters are as expendable as Sita herself was.  And Sita by far is not the only example,  indicative of  the second rate status of women.  There are plenty of examples both past and present, fictional and real that illustrate the same point.  If you don’t believe me,  check out  majority of Indian movies or soaps on TV or  open any Indian newspaper.

Women are discriminated against by their own families from the time of their birth till the day they die.  Female infanticide, dowry deaths, the treatment of widows, the rampant harassment, innocuously labeled eve-teasing, that women have to face on the streets day in and day out, the preference for male children, the victim blaming in cases of physical assault and rape, the list is seemingly endless.

The message to the Indian woman is clear, you are not worth much, keep your head down and don’t make waves. If something bad happens to you, it is your fault, because you are a woman.   We will blame you if your husband dies or if someone assaults you.  These attitudes make a perverse kind of sense if you accept either subconsciously or consciously that a woman is not  a living, breathing being with her own agency but a fragile object to be guarded  by the men in the family.  According to this school of thought, a woman who is not a virgin is damaged goods and hence worthless and a bringer of shame to the family name.   Enough, there is more to women than their reproductive systems.

Changing this deep seated misogyny is going to be anything but easy.  But is something that needs to be addressed because even one more case like this, is one too many.  May be,  just may be, the mass protests that we saw are the beginning of the change that women in India have been waiting for.

Harry Potter and the Sorcerer’s stone 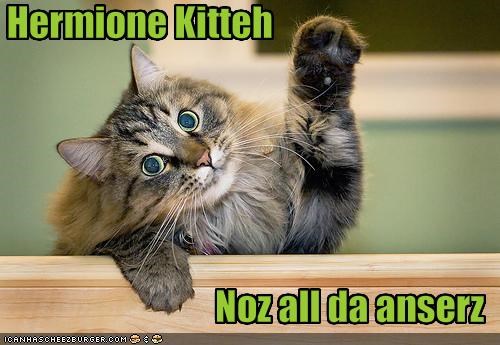 The Harry Potter  craze of the late nineties and early to mid- aughts  some how completely passed me by. I had no desire to either read the books or see the movies.  Of course  I had heard the references to Hogwarts and Dumbledore. So I did have a vague idea of what the series was about. So yesterday when I saw the Harry Potter and the Sorcerer’s Stone, the very first movie in the entire saga, I was surprised at how much I enjoyed it and how much fun I had watching it.  I had  picked up the first two movies of the Harry Potter saga  for my friends children, ages 6 and 4, who were visiting. Something that would keep them occupied and out of trouble.

If you strip away all the magic and fantasy elements from the movies, Harry and his friends remind me of the stories set in English boarding schools by Enid Blyton. Harry and his friends were like her characters, in the Famous Five or the Naughtiest Girl series, solving mysteries and having fun. I had greatly enjoyed those when I was a child the about the same age as Harry and his friends in the Sorcerer’s Stone. Besides my school though not residential like Hogwarts had houses.  A shorthand for groups all the students were divided into. We wore  ties that signified the color of the house, and like the movie, there were four house. The school had  a board outside the principal’s office, with four flags, signifying which house was at the top. There was always a friendly but a rather intense competition to make sure that your house was ahead.

Harry may be the one, but my favorite was Hermione, the earnest  know-it-all.  The quest to find the sorcerer’s stone the three friends embark is a lot of fun. Especially enjoyed the cool chess match.  Also, the characters of the staff and the faculty at Hogwarts are well constructed and a joy to watch. Some of the other characters, however were too stereotypical, I could almost see Malfoy twirling his invisible mustache and Harry’s evil cousin and uncle and aunt were too predictable.  The climax, which is the first  confrontation between Harry and Voldemort  was dramatic, well constructed and held my interest. Now I want to know more about his back story.

So I guess this means that I am most certainly going to watch the next installment, since I am now curious about Harry’s background and want to know all about the genesis of his scar and Voldemort.