← Reparations for the Jewel in the Crown
Concerned Capitalist is Concerned →

Lately, the op-ed page of the venerable New York Times has descended into click bait with outrageous trollish op-eds. A sampling from the past few days:

First, Lolrus Bolton arguing against the Iran deal. Like we need advice from one of the cheerleaders of the Iraq fail show.

Then we had a doctoral student from Zimbabwe arguing how Cecil the Lion had it coming and how people mourning the lion’s senseless killing were childish imbeciles.

Did all those Americans signing petitions understand that lions actually kill people? That all the talk about Cecil being “beloved” or a “local favorite” was media hype? Did Jimmy Kimmel choke up because Cecil was murdered or because he confused him with Simba from “The Lion King”?

Last but not the least we have an associate professor in political science from the University of Virginia, commenting on the supposed smugness of liberals in general and Jon Stewart in particular. This august personage finds torture enabler Yoo to be reasonable.

Maybe that’s why my strongest memory of Mr. Stewart, like that of many other conservatives, is probably going to be his 2010 interview with the Berkeley law professor John Yoo. Mr. Yoo had served in Mr. Bush’s Justice Department and had drafted memos laying out what techniques could and couldn’t be used to interrogate Al Qaeda detainees. Mr. Stewart seemed to go into the interview expecting a menacing Clint Eastwood type, who was fully prepared to zap the genitals of some terrorist if that’s what it took to protect America’s women and children.

Mr. Stewart was caught unaware by the quiet, reasonable Mr. Yoo, who explained that he had been asked to determine what legally constituted torture so the government could safely stay on this side of the line. The issue, in other words, wasn’t whether torture was justified but what constituted it and what didn’t. Ask yourself how intellectually curious Mr. Stewart really could be, not to know that this is what Bush administration officials had been saying all along?

The strategy has paid off, the last two op-eds garnered more than one thousand comments. So what’s next for the Gray Lady? Someone writing how slavery was a wonderful institution or how colonialism improved the life of the heathens who just needed a benevolent civilizing touch? 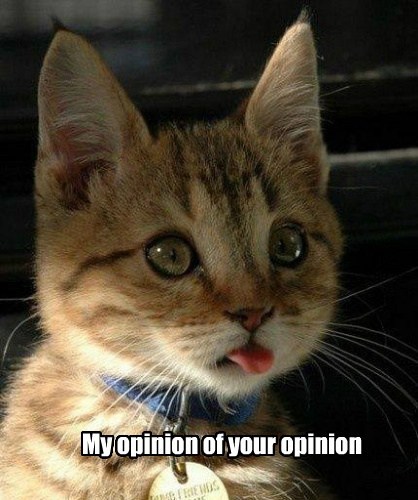 ← Reparations for the Jewel in the Crown
Concerned Capitalist is Concerned →