Moving is not fun, no matter how many times I do it.  Whether it is across continents and oceans, states or to the neighboring town, it never gets easier.  I am so glad that the Insufferable Movie Snob kept the blog going on, posting her detailed and funny reviews. If you haven’t already checked out her reviews you should do so now.  She rocks! Here is a link to her last review.

My last movie/TV review post before my brief unplanned hiatus was on Star Trek Deep Space 9. Unlike The Next Generation,  aliens of DS9 were more than just obnoxious caricatures and Star Fleet officers were not always perfect. Main and recurring characters experienced growth and change. The show had strong women characters who had more to do than just look pretty. I have be re-watching DS9 since the fall and I for one would like to revisit Terak Nor more than once.  It has a wealth of episodes pertinent to this moment in history that we are all a part of.

When I asked which episode you wanted me to review, these were the episodes that came up in the comments.

Most of these episodes are in seasons 6 and 7 when DS9 reached its climax. Because of the  serialized nature of the show  I think it would be better to go in chronological order. So people who haven’t watched DS9 before, can join in if they want to.

With that in mind, I will start at the beginning with The Emissary. I also think Duet, is  a must watch of the season one episodes and we can end our season one watch with In the Hands of the Prophets. If you would like me to cover any other  first season DS9 episodes leave a comment.

This is a  complete list of season 1 episodes. Without further ado let’s dive in and begin at the beginning.

The scene of action is Deep Space Nine,  an outpost at the edge of the alpha quadrant near Bajor, a planet devastated by war and occupation by the Cardasssians .  When the show begins the Cardassians have just left, or should I say wrecked the station, before leaving. Our hero, Benjamin Sisko, a commander in  StarFleet is named the commanding  officer of the station. Benjamin Sisko has a young son, Jake, who is none too thrilled by this transfer to the middle of nowhere, where the replicators are broken and the living quarters are missing a bed.

Sisko’s job is to get Bajor ready for membership in the United Federation of Planets as briefed by Jean-Luc Picard of the USS Enterprise. If Bajor is wounded and broken planet, Sisko is a broken and grieving man. The opening credits show how Sisko lost his wife during the hostilites with the Borg three years ago.  Sisko, then a lieutenant commander, was aboard the USS Saratoga fighting the Borg invasion force led by none other than Jean Luc Picard in his Borg Avatar. BTW can anyone tell me why does a French man have a clipped British accent? Needless to say the meeting is awkward, with Sisko giving the man responsible for the death of his wife, a decidedly cold shoulder.  Sisko also lets it be known that as a single father, this assignment is not what he was looking for and wants to return to civilian life as soon as a replacement is found. 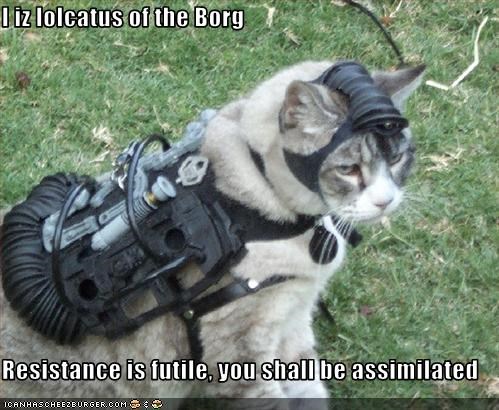 Unfortunately, meeting with Picard is not the only the awkward encounter Sisko has on his first day on the new job. His first conversation with his first officer and Bajoran liaison does not go smoothly, either. Major Kira Nerys is not at all happy with her government’s decision to invite Starfleet to run the station.  She does not think there is any difference between Cardassians and the Federation. At least, Sisko gets a friendlier reception from Miles O’Brien, from the Next Generation who is to be the chief of engineering and a series regular.

Next, we meet Chief of security, Odo and Quark the Ferengi who used to run a gambling establishment and a bar. Quark wants to leave the station because he is not sure he can work under the no currency fiat of the Federation. Sisko uses a Ferengi ploy to get Quark to stay  by bargaining with him about his nephew’s liberty.

Quark’s nephew Nog has been apprehended stealing ore with an accomplice, most likely sent by Quark himself. DS9 used to be an ore processing unit using Bajoran slave labor.  We also find out that security chief Odo who seems to have rather peculiar facial features is not a fan of weapons on the promenade. So it is established quite early  on that Sisko does not always go by the letter of the Federation law.  Also, DS9 is a different place than a Federation starship and Sisko is no Picard.

Now that the meeting with Locutus Picard is done, it is time for Sisko’s appointment with destiny in the form of Kai Opaka. The reclusive Bajoran pope- like figure. Opaka calls Sisko, the emissary of the prophets and assigns him a task of finding the celestial temple. A quest the Kai says he needs to undertake not for Bajor or the Federation but for his pagh or spirit.

To aid him in this quest she gives him a box that she calls an orb(?). As soon as he opens it, he is no longer on Bajor, but finds himself on a sandy beach, with  lemonade in his hand, standing next to a beautiful woman.

P.S. If you have any questions, suggestions or comments leave me a note in the comments.

For a complete list of Trek aliens, check this out.