Houston, We Have a Problem

Indian Prime Minister Narendra Modi has a rally scheduled in Houston this Sunday.  WalMart is one of the sponsors and the President of the United States has promised to attend along with an estimated 50,000 attendees.

What bright future are we talking about? The Indian economy is in the doldrums, minority populations live in fear, rapists are not arrested if they belong to the ruling party while activists fighting for the rights of the dispossessed languish in jail without a trial. As for dreams, the dream of a Hindutva dominated India where minorities are persecuted and dissenting voices are silenced, sounds more like a nightmare. Where the truth is sacrificed at the altar of political expediency and history is rewritten to service the ideology of hate.

Why is Modi doing this? My guess is for the publicity and for the $$. It’s also a reward for those among the diaspora who opened their wallets for Modi’s reelection. This rally would give the Prime Minister a much needed PR boost internationally after the draconian anti-democratic steps being taken in Kashmir since August 4th.  It will show his fans and supporters back home in India that India has the world’s respect. Getting the US president who routinely demonizes immigrants, to a rally attended mostly by immigrants is definitely a PR coup for team Modi.

I was actually surprised that the White House accepted the invitation. Indian Americans have voted heavily for Democratic candidates  in the recent past, see the figure below.  Some have suggested that the crowd size may have been the irresistible attraction. Besides the fact that the Hindu right has deep pockets. 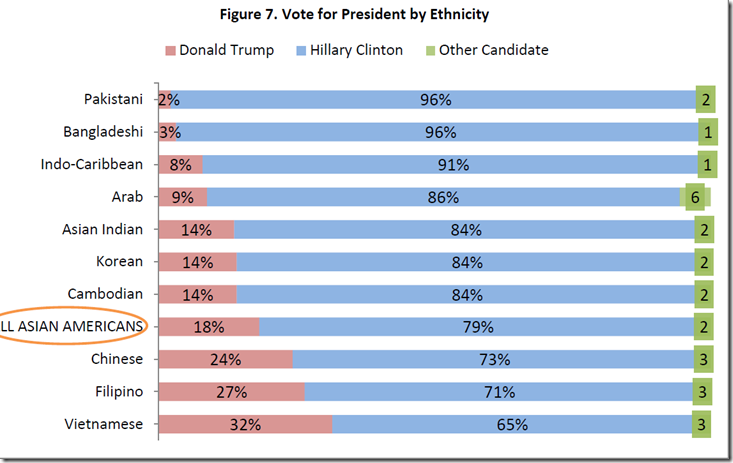 In addition to the President, 60 other elected leaders of both parties have promised to attend according to the organizers. Here is the list of those whose names appear in the news dispatch.

Firstpost is reporting that Steny Hoyer is also going to attend.

Check if your representative or senator is on the list and going to  share a podium with a man who presided over a pogrom targeting Muslims in 2002 as the chief executive of Gujarat and is pursuing a  nakedly majoritarian agenda in his second term as the prime minister. Actions in Kashmir being the case in point, where people have been without internet or cell phone access and access to medical care since August 4th.

Check out the BBC for news updates on Kashmir.

Watch this space for more updates on this developing story of the Houston rally. If you have questions leave them in the comments.